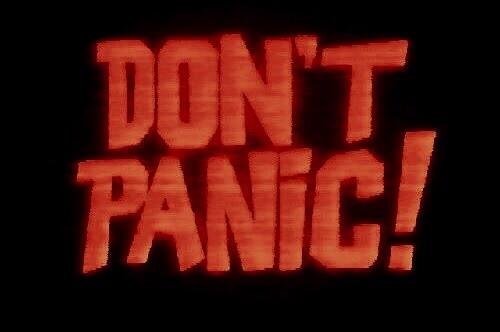 It's one of my favourite bits of Douglas Adams' Hitchhiker's Guide to the Galaxy. Douglas goes on to demonstrate the towel's versatility whether it's for warmth, cover, hand to hand combat or simply dry yourself off with it if it still seems to be clean enough.

But what does Hitchhiker's Guide to the Galaxy have to with radio? Well before it was a Hollywood film; a BBC television series or a successful book it was a radio series originally broadcast by BBC Radio 4 in March 1978. The series was the first radio comedy programme to be produced in stereo - reportedly so listeners wouldn't miss the punchline which might have happened if the show had been broadcast in mono. The show was innovative in its use of music and sound effects, winning a number of awards.

But what does the Hitchhiker's Guide to the Galaxy and more specifically towels have to do with Bolton FM. Well it runs out that the simple sock is also incredibly versatile.

I feel this needs some explaining. To keep our volunteers as safe as possible from Coronavirus we've cancelled studio interviews, limited visits to the station and regularly clean. Some of our volunteers have self-isolated because of external commitments.

So we've purchased lots of socks to to cover the studio microphones in an attempt to keep the studio as clean as possible. Presenters are also free to bring their own sock.

It's thinking like this which shouldn't be discounted if you find you have to self-isolate for twelve weeks or find yourself short at the shops if there are shortages.

Be safe, be well.