Forty years ago this week the Independent Singles and Albums Charts was launched a weekly rundown of the UK's best-selling records by acts who weren't signed to major labels. 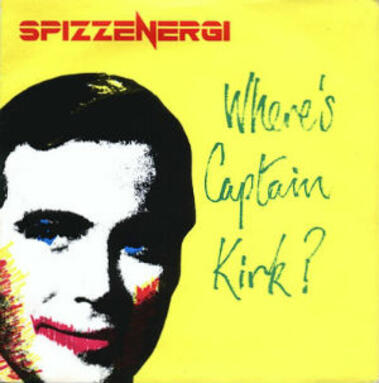 Punk was the catalyst as small labels began to form and sign artists who didn't want to be owned by a major record company - or acts who weren't considered mainstream enough for major labels.  By the time the indie charts launched in January 1980, many of the acts signed to independent labels were having big hits, but because the Top 40 was compiled using a sample of record sales from (mostly) large retail chains it meant their success was limited. To address the problem, a chart focusing entirely on independent acts was launched on January 19th 1980.  The first Number 1 on the Independent Singles Chart was 'Where's Captain Kirk?' by British punk band Spizzenergi. The song spent seven weeks at Number 1 reportedly selling more than 60,000 copies by July that year. Inspired by Star Trek's captain James T. Kirk, the single's success spurred Spizzenergi to release two more Star Trek-themed songs, 'Spock's Missing' and 'Five Year Mission'. Meanwhile, the first chart-topper on the Independent Albums Chart was the debut record by Adam and the Ants (later known as Adam Ant), 'Dirk Wears White Sox'.  The indie revival in the early 2000's saw acts such as Kaiser Chiefs and Arctic Monkeys appear on the chart.  If you're interested in independent artists and unsigned bands tune in to Bolton FM on Tuesday evenings. Join Ian Davidson for 'The Indie Hour' from 6pm and Kieran Lee between 7 and 9pm for Unsigned, for two hours of music from Bolton's unsigned bands.  If you are a new band, and want to hear your music on the radio, then get in touch.