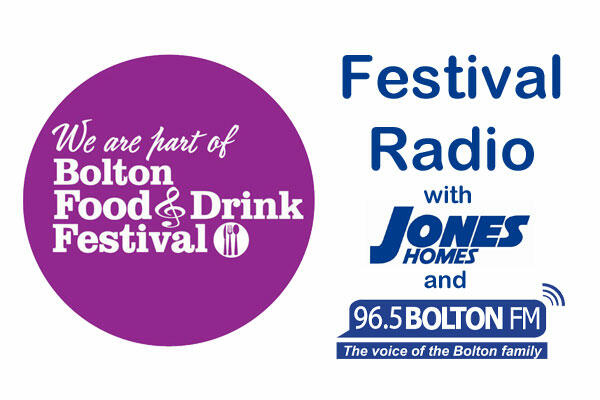 The festival hosted 237 traders and celebrity guests including The Hairy Bikers, Masterchef star Gregg Wallace, James Martin and Michael Caines. They were joined by cooks from around the world making Spanish, Greek, Turkish and African food as well as range of other dishes.

There were also more than 70 live music acts on two stages, as well as street entertainment over the four days.

And Bolton FM's Festival Radio supported by Jones Homes was in the middle of it all.

Food festival headliner, and Bolton FM favourite, James Martin hailed Bolton Food and Drink Festival the best in the UK as he made his annual visit for his sold-out demos on August Bank Holiday Monday.

He came to Bolton Food and Drink Festival after playing to a near 35,000 strong crowd at Chris Evans' charity Carfest event. James and his band were bookended by Jules Holland and the Kaiser Chiefs, as his band played their first gig.

Speaking with Bolton FM's Jayne Hilton, James said  "We've been practising in a scout hut and my living room. There was Jack Savoretti up first, Jools Holland Band, us and then the Kaiser Chiefs. It was nerve wracking but the band did brilliantly. People seemed to love it. It was amazing."

Maybe we'll be hearing James Martin and his band on Bolton FM during the next Food and Drink festival.