Trees do measurable good for biodiversity and for our health. 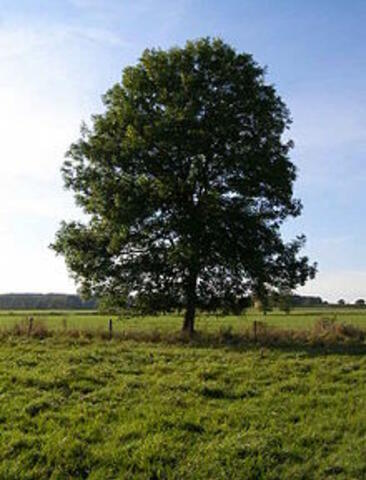 They scrub pollution from the air. They provide habitat to wildlife. They make streets look nicer. And they even reduce stress and have been linked to reductions in crime.

But a study of Detroit residents in 2015 found that they would be more willing to accept free trees if they could be more involved in the decision-making process. Locals wanted input on tree size and whether they produced flowers. They also very reasonably wanted to avoid trees that could drop rotting fruits or sap on cars and pavements. Much of the resistance from the free tree deals came from low-income communities whose negative past experiences were forced to deal with the consequences and the hazards, like falling limbs, posed by poorly maintained and dead trees.

Although Louis Armstrong sang about 'green trees' in What a Wonderful World, you're wondering what Detroit and free trees have to do with community radio and Bolton FM.

One of the findings from this study was how people 'opened up more' and were more trusting of the intentions of people from outside their community when their experiences were understood and valued.

And this is what we find at Bolton FM when we're producing outside broadcasts, running roadshows or interviewing in the studios.

When people open up its one of the best things about community radio. We've valued and appreciated the experiences of thousands of people in Bolton since 2009, and we will continue to do so for years to come.