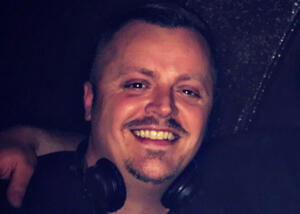 Alan has a career spanning over 20 years in the music industry DJing bars, pubs and clubs all over the North West Including Tokyo Jo’s Preston, Mr Smiths Warrington, Ikon, Jaxx, J2, Attic, The Bar, Bamboogy and Reflex in Bolton, Sol Viva in Bury and Liquid Blackburn to name but a few. He also owns and runs Discoland Club Events which produce nights like “The Jaxx Reunion” and the Divas Tour. He spends most free time locked away in his studio making flyers, Posters and video promo for such events as mentioned along with remixing tracks under various alias’s such as 2 Fat Deejays and AL SHK. On top of that he spends time putting together all the music, mixes and samples for the Ultimate Dance Show which has been on the station since 2012.

Check out Alan on Soundcloud

Missed the last Ultimate Dance Show you can listen again