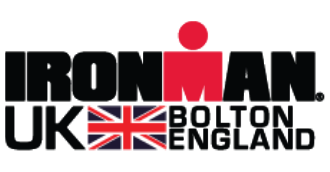 The one thing you can do whether its at Pennington Flash, along Chorley New Road or in Queens Park is cheer them on!

Join 96.5 Bolton FM on Saturday as we cheer on the three thousand young people taking part in this year's IRONKIDS, making it the world's largest IRONKIDS event!  Entries to the event sold out in just over four
hours. If you're wondering how quick this is in 2016, the race sold out in ten days; last year two thousand five hundred spaces went in less than six hours.

IRONKIDS sees children and young people aged age three to fourteen compete over different distances, all within the town centre.

To complete IRONMAN you have to have endurance and staying power not unlike The Killers and their 2004 release Mr Brightside which has logged two hundred and nine weeks in the UK Official Charts.

Headlining Glastonbury has helped but between 2016 and 2018, Mr Brightside was barely out of the Top One Hundred.

In 2017 Mr Brightside was revealed as the most streamed song of any track released before 2010.

In the last year the song has been streamed sixty million times and downloaded twenty three thousand times, impressive for a song that came out fifteen years ago. This is in stark contrast to original chart run
of four weeks in the Official Singles Chart Top One Hundred peaking at Number ten.

By the way, this blog contains three hundred and ten words. Quite a few of them numbers.